Cocoreccho LLP
Timeframe April 2014 – Current
Role Content Creator
Cocoreccho acts as an independently operated subsidiary that I manage when producing more focus/narrative driven work within editorial shoots or small client needs.
The work serving as example is a photography series I shot/edited in conjunction with my colleague Sabre Grove who built all the props and costumes seen. Together we collaborated on a photo series highlighting various videogame and anime icons.
Through this series we’ve measured an engagement of over 20k total impressions while also collaborating with Viz Media, the publisher of One Punch Man, with a product shoot.
Overall, this subsidiary brings in profit that goes back into the overarching business in the form of buying new media gear, such as drones, lighting, etc. Work produced includes the motion title seen above and the following photos.
Destiny | Cayde-6 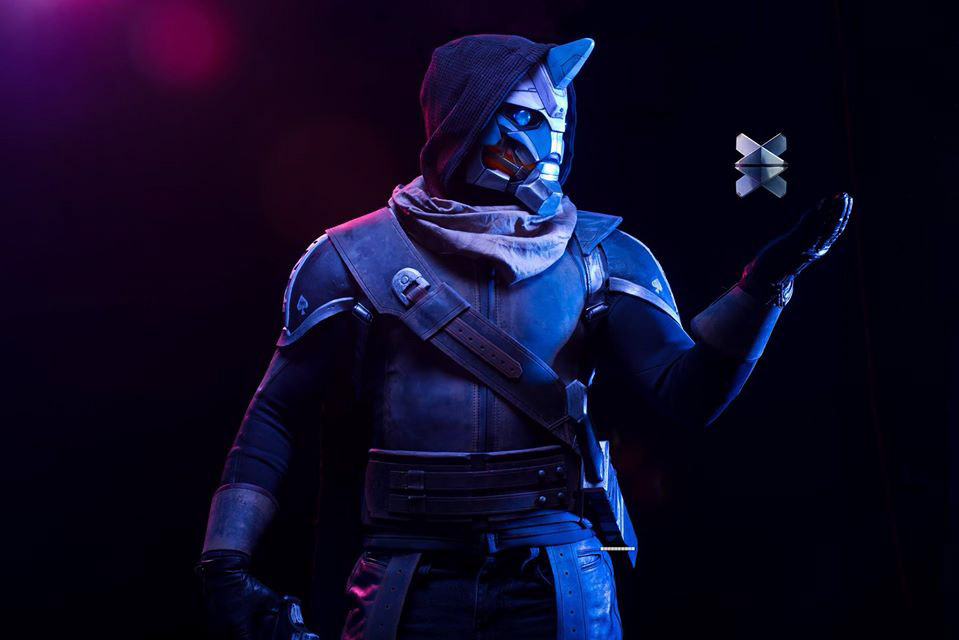 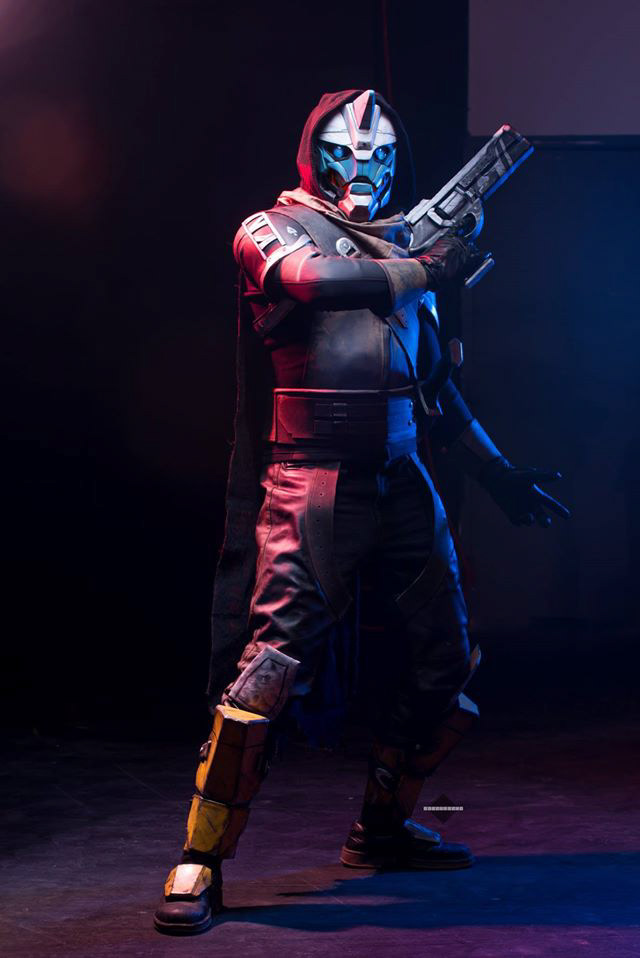 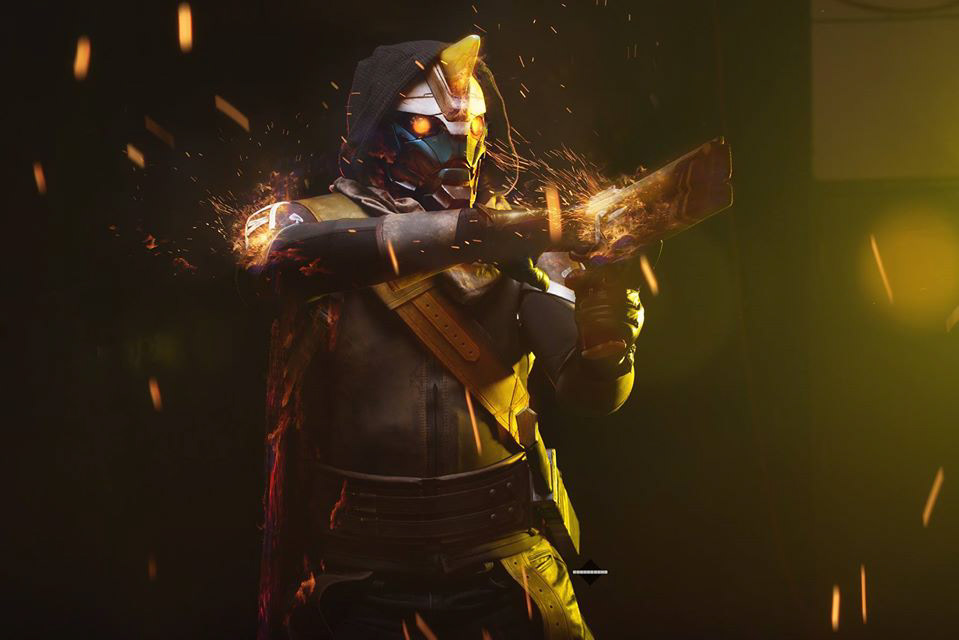 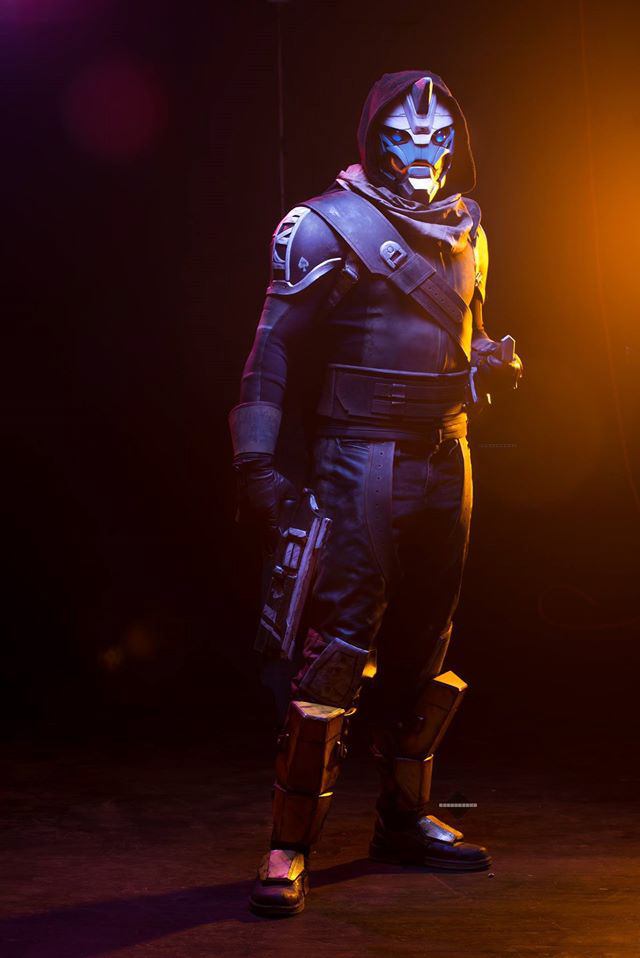 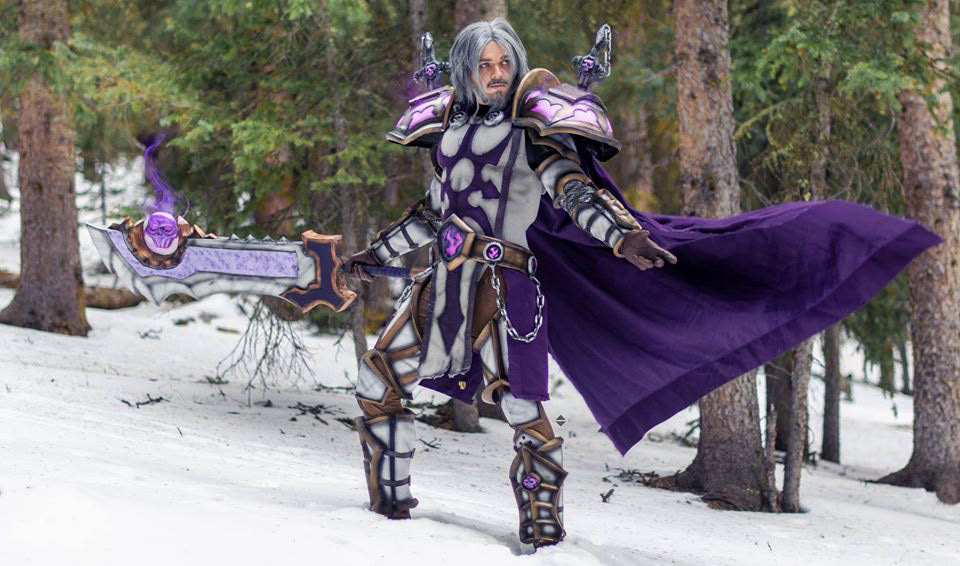 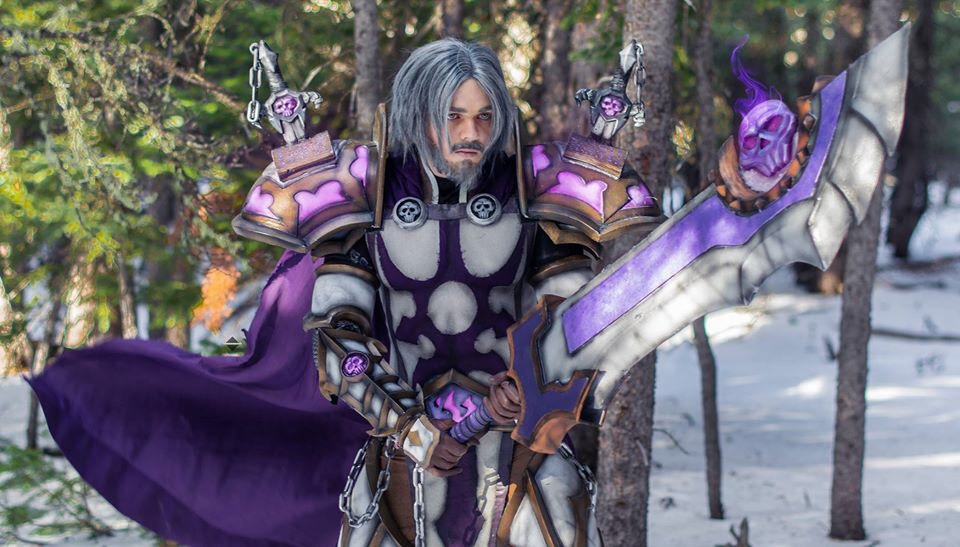 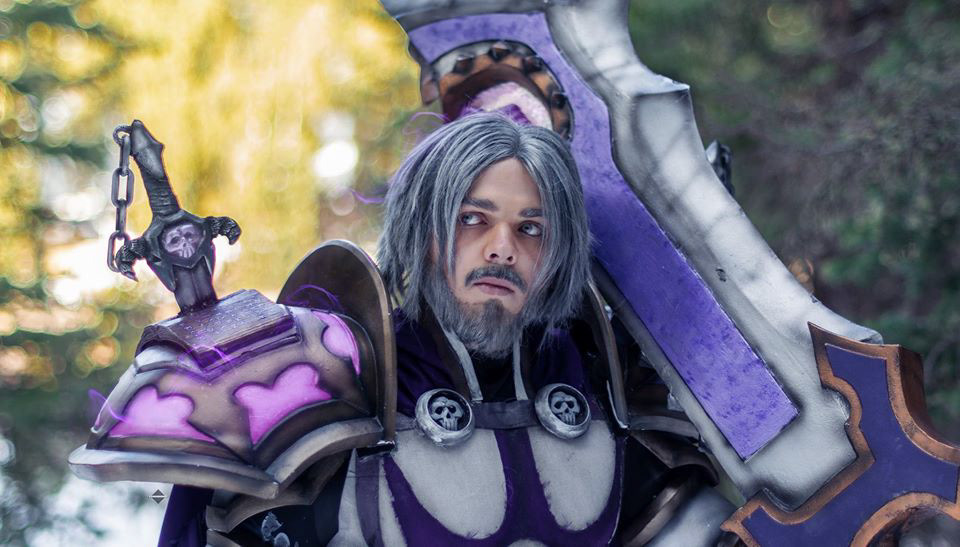 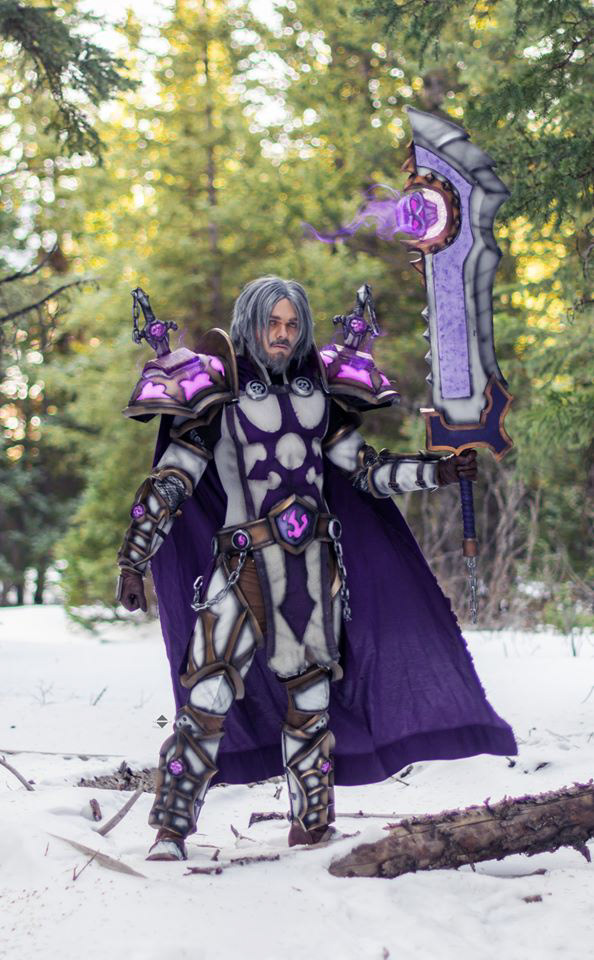 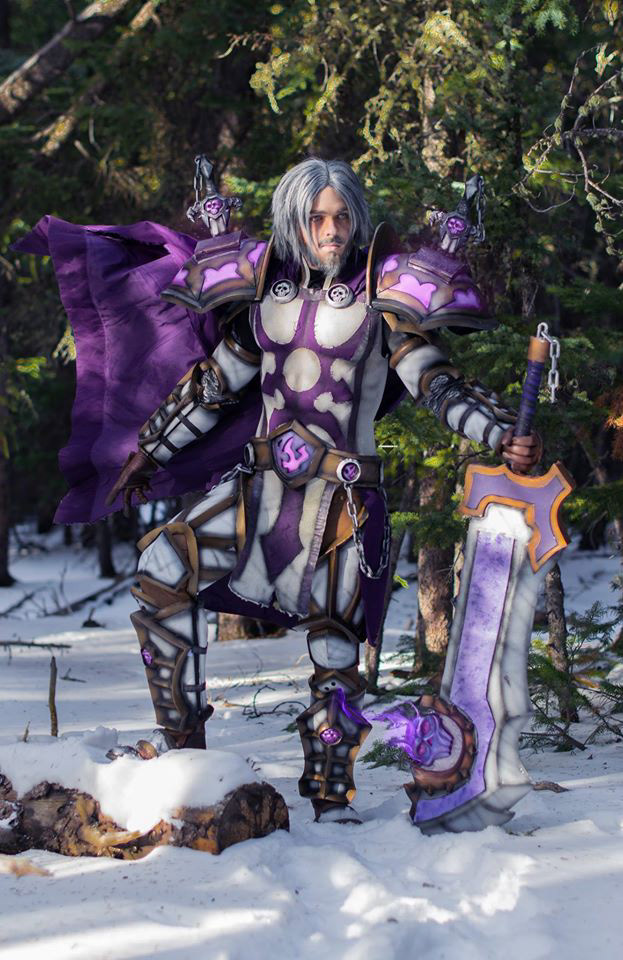 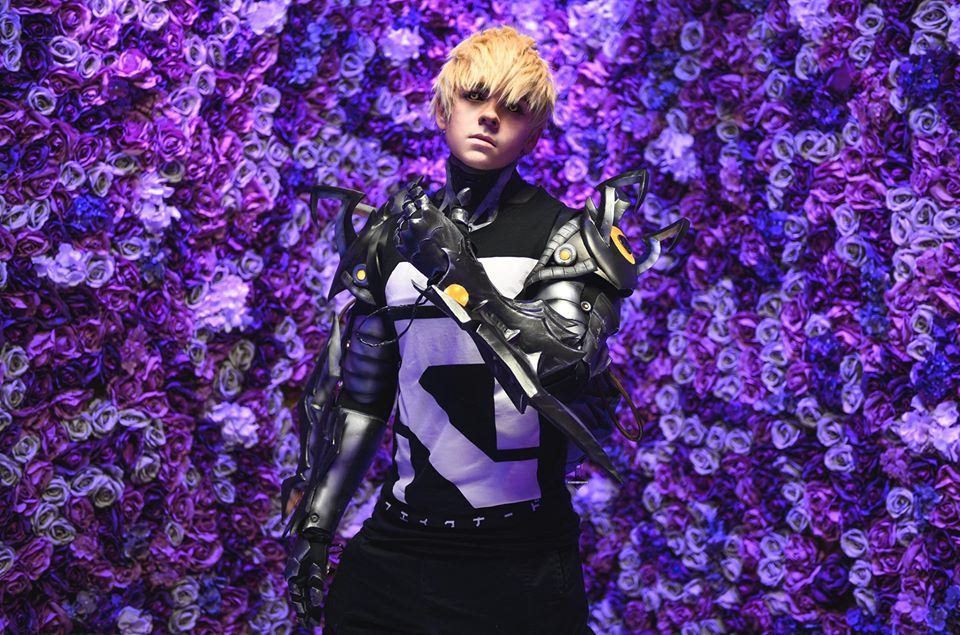 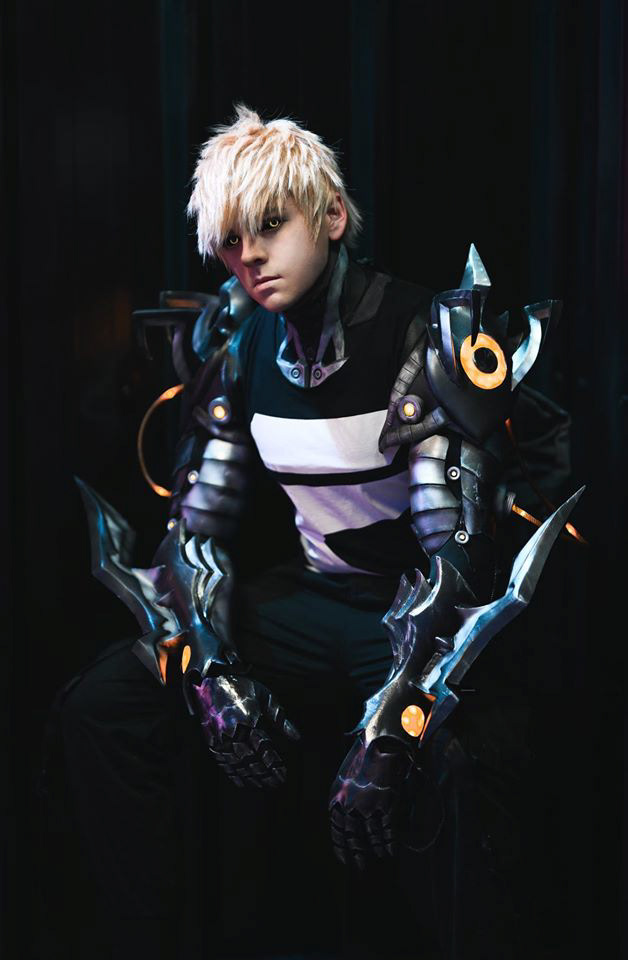 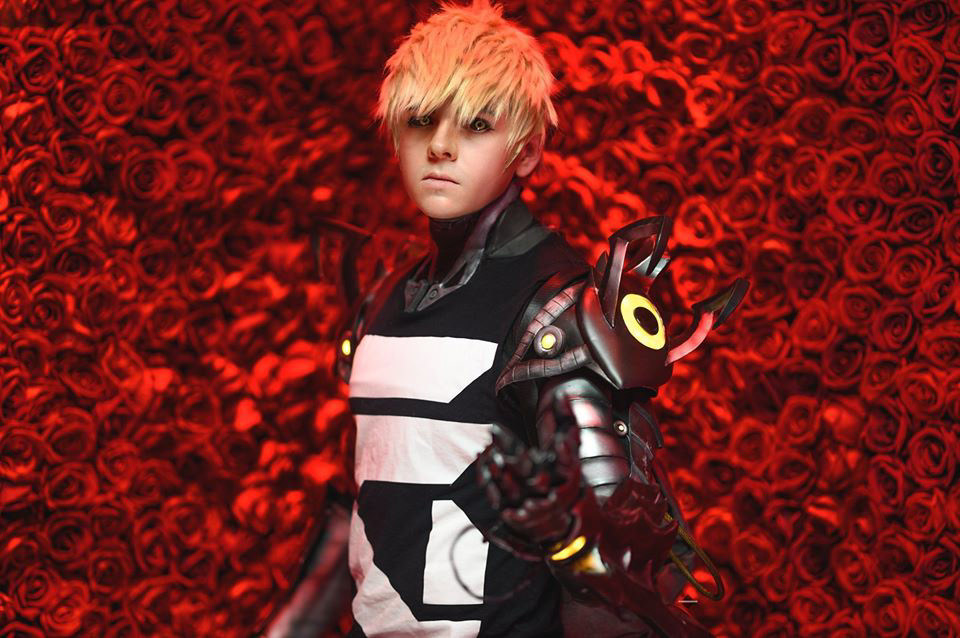 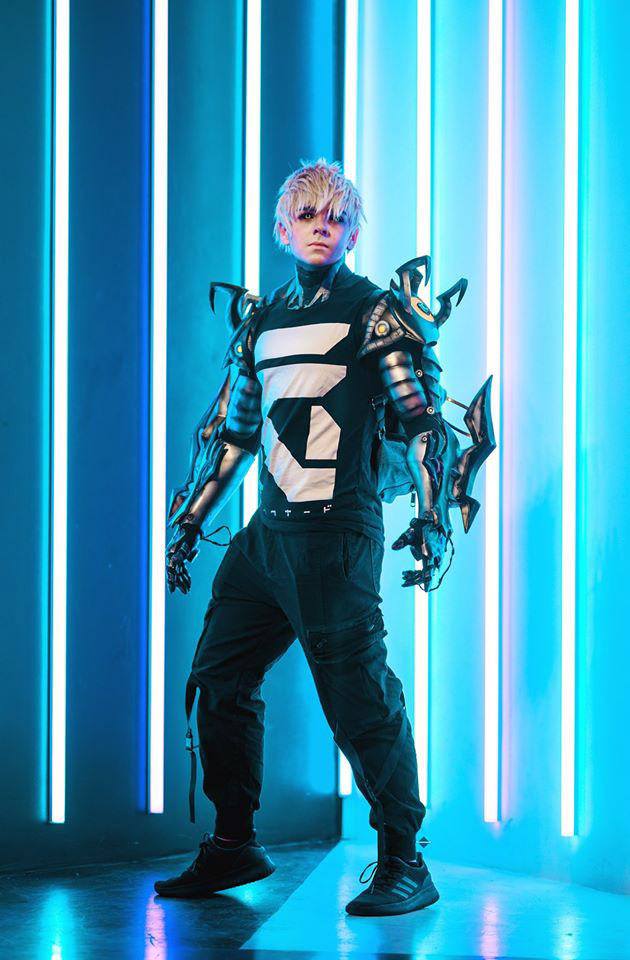 I create other relevant content here: Facebook and Youtube
Outside of Cocoreccho’s real-world presence, I also created a printed Zine showcasing the cosplay sub-culture. This Zine serves to inform the reader to the hidden world of cosplay with a real-world interview with Sabre Grove (The man above) and a cosplay printed gallery. 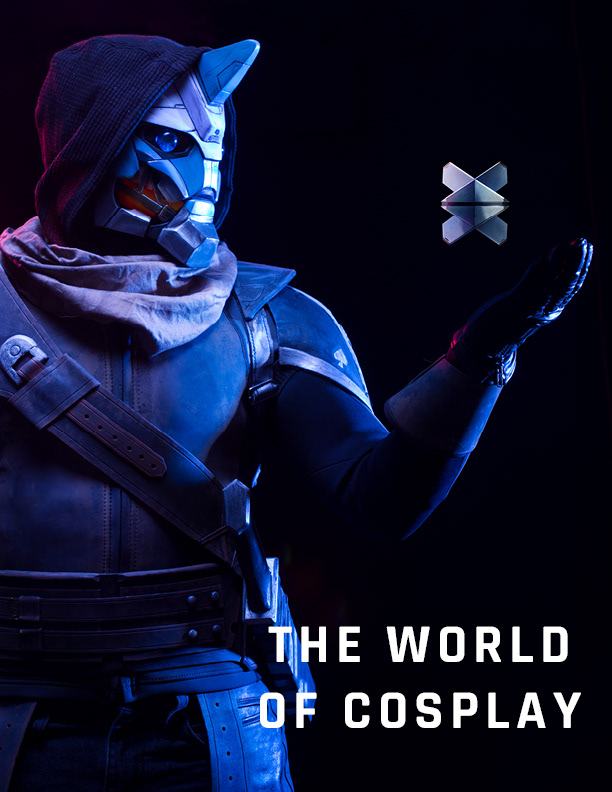 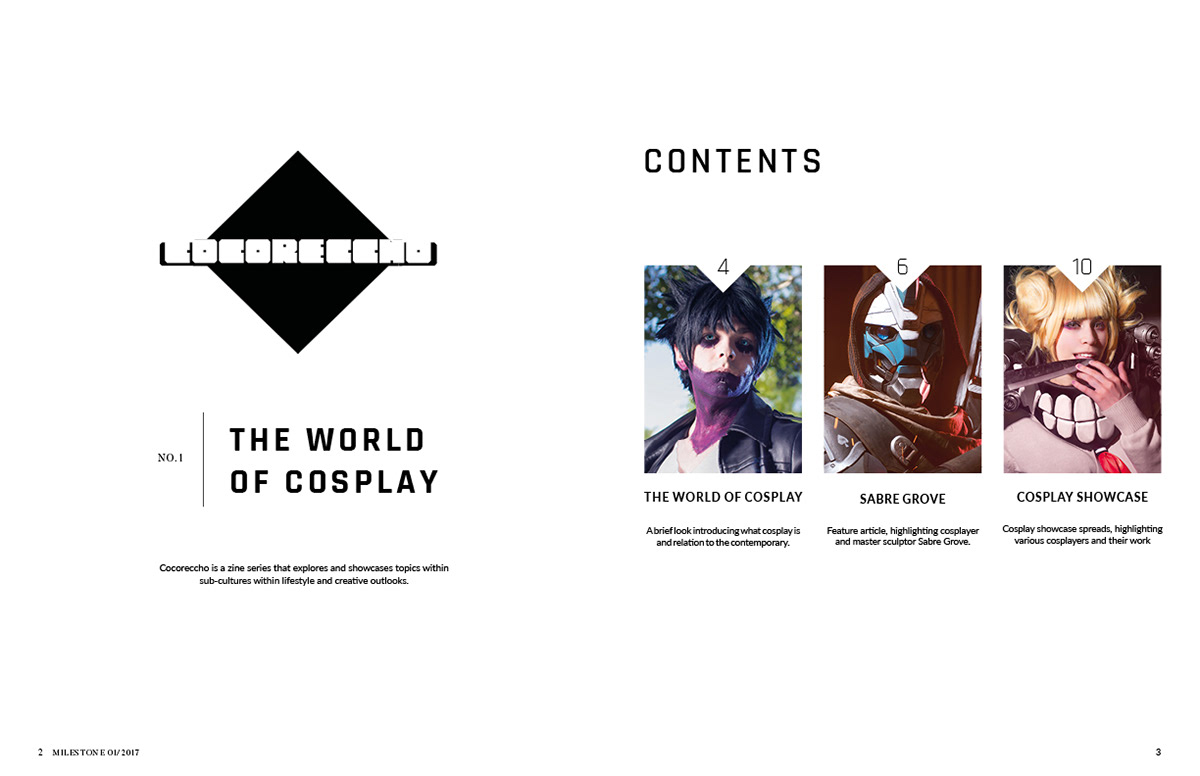 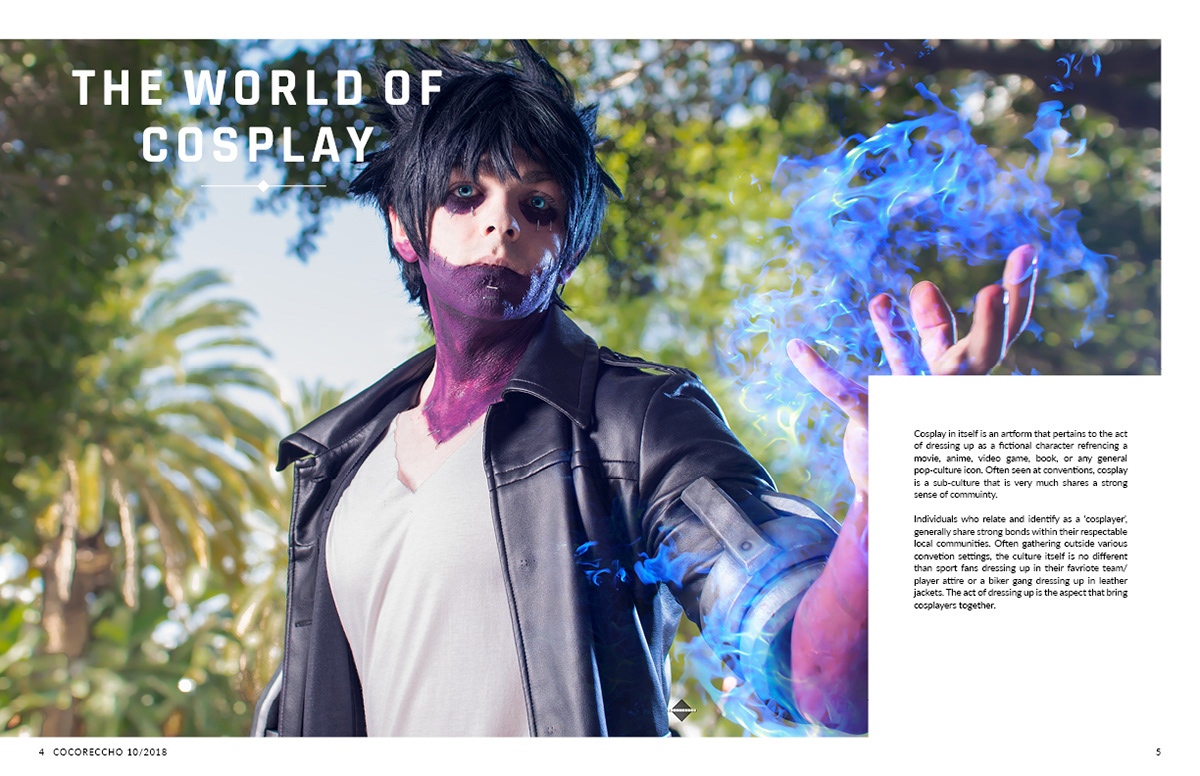 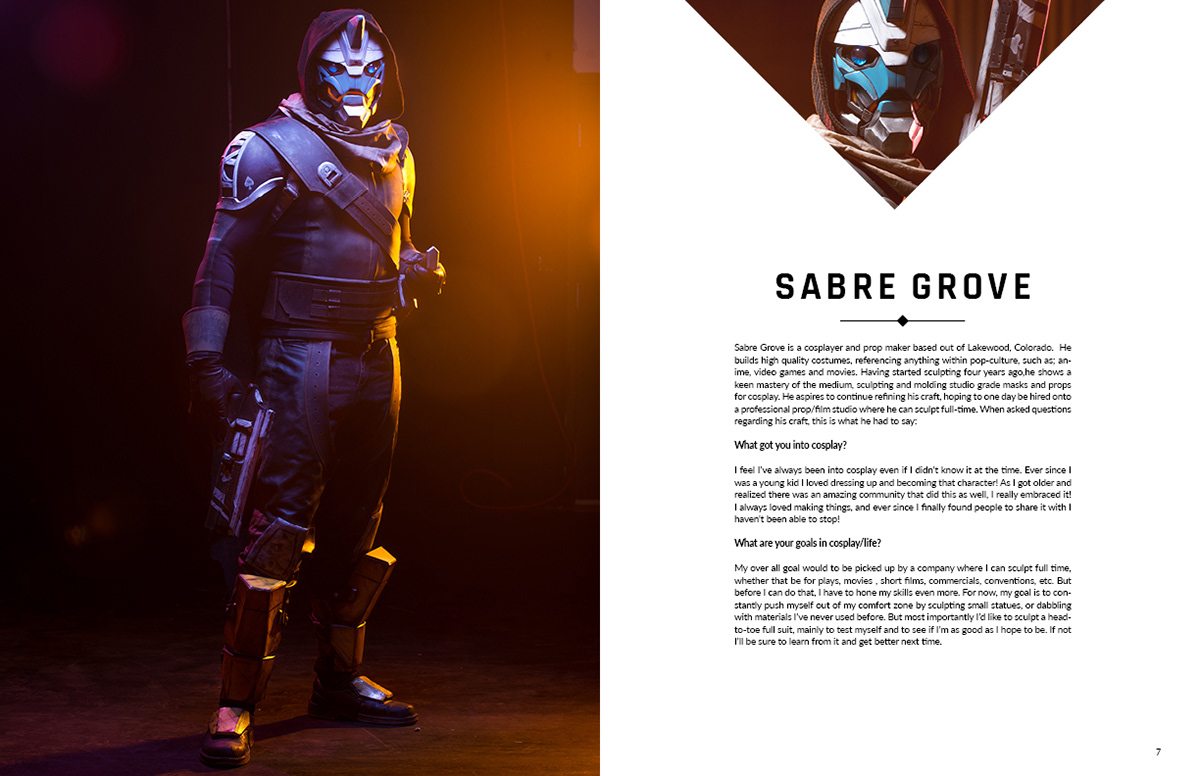 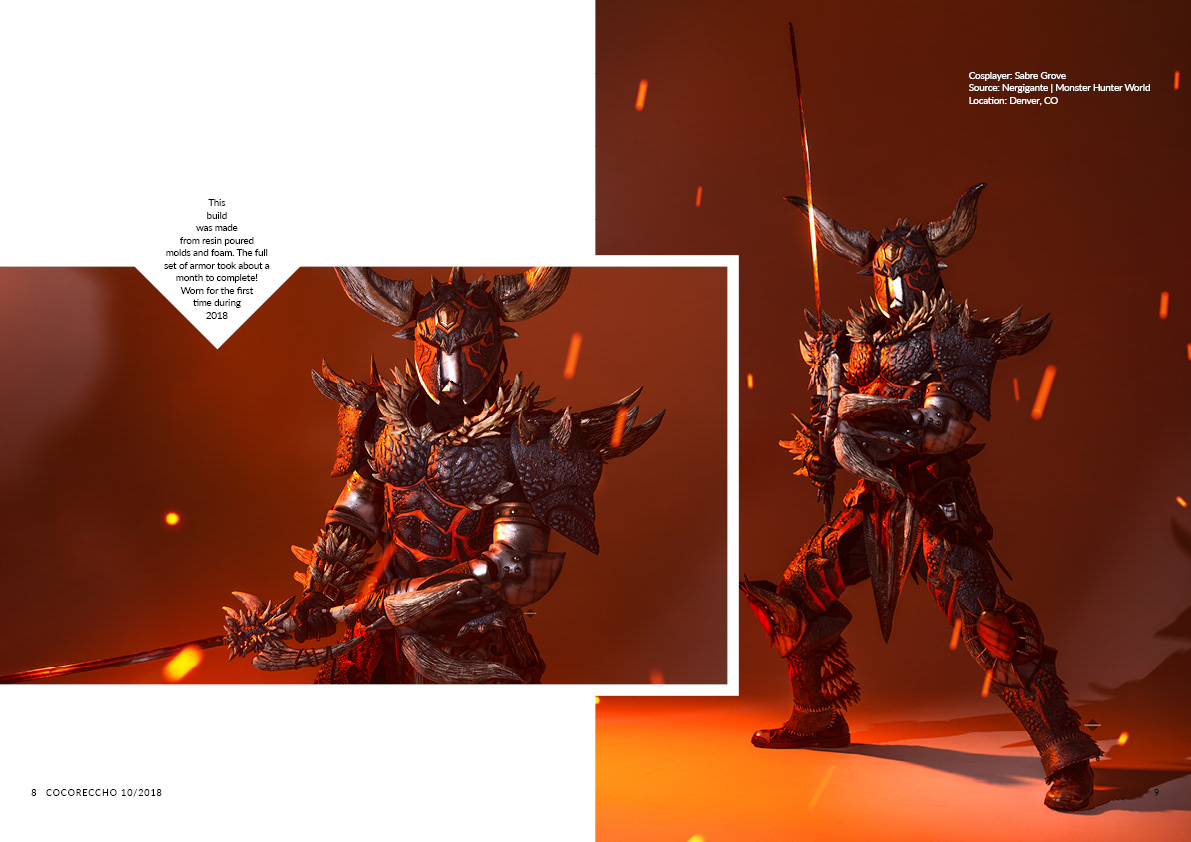 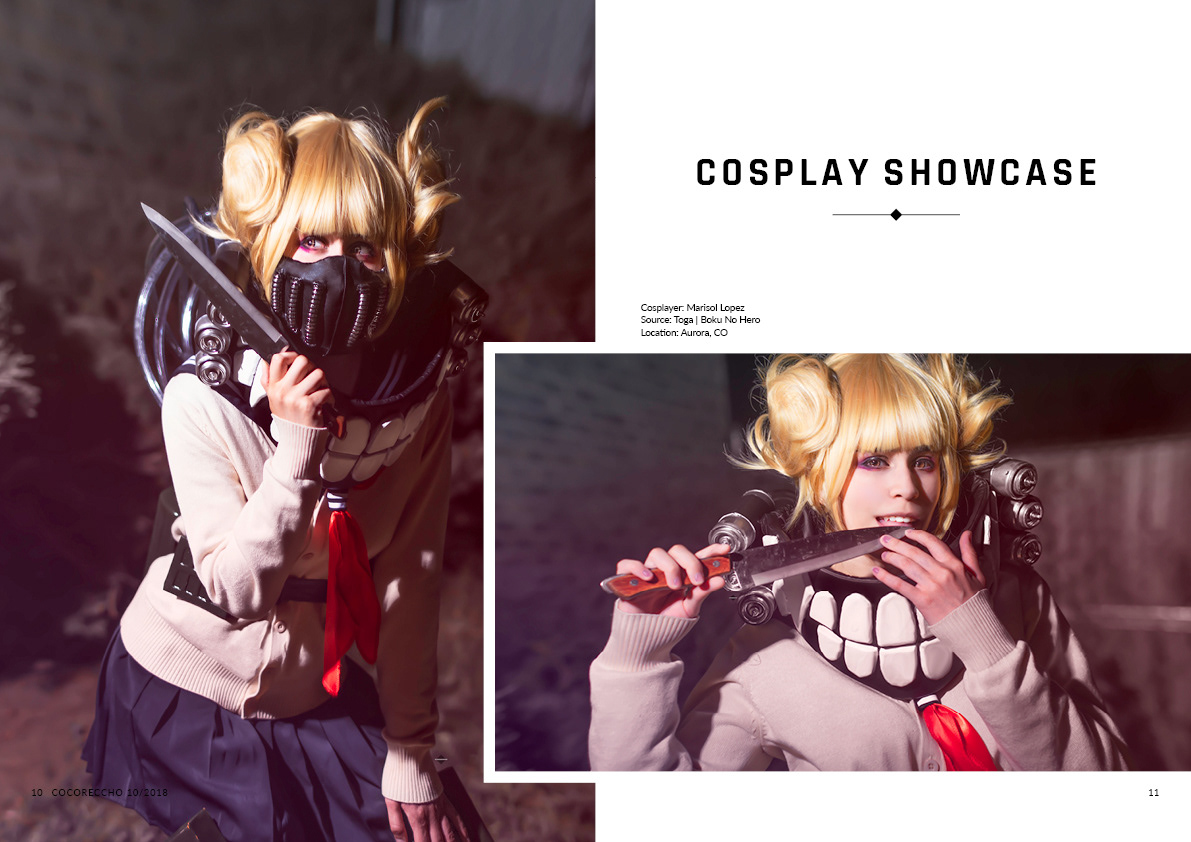 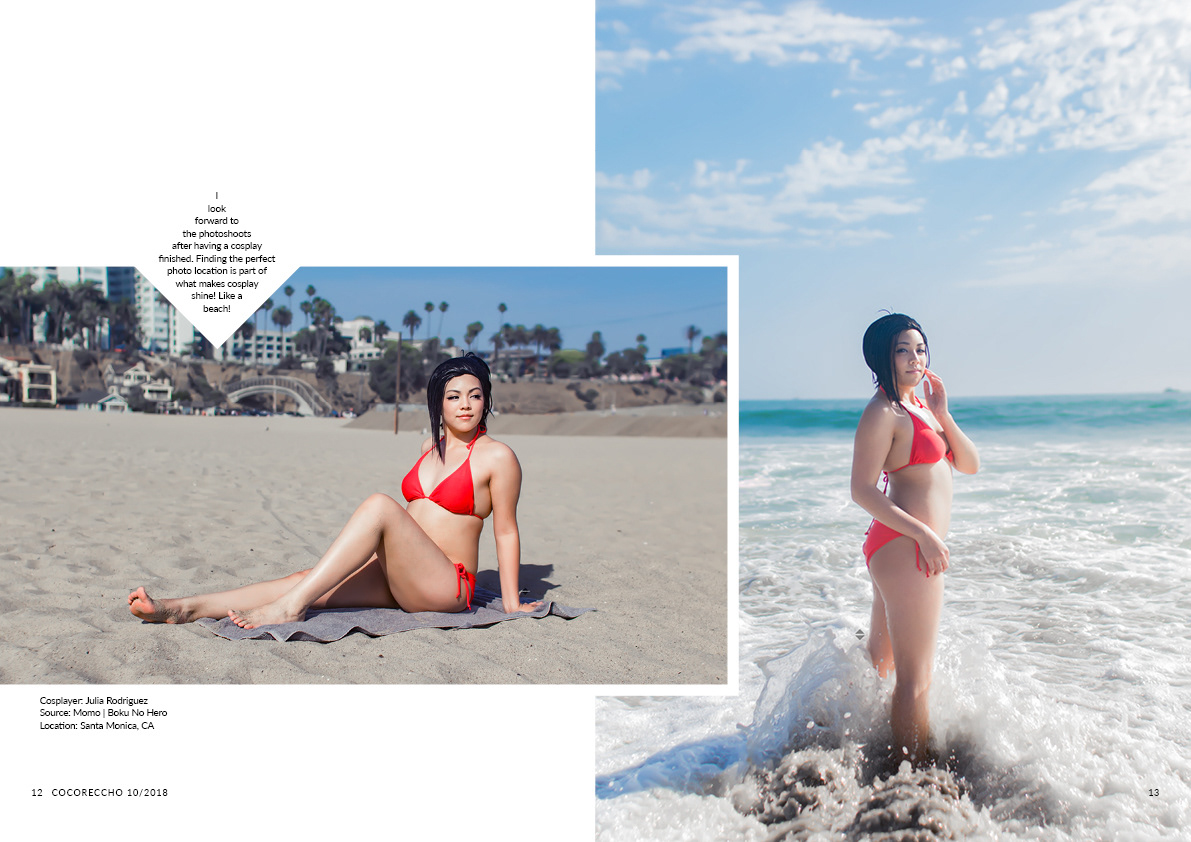 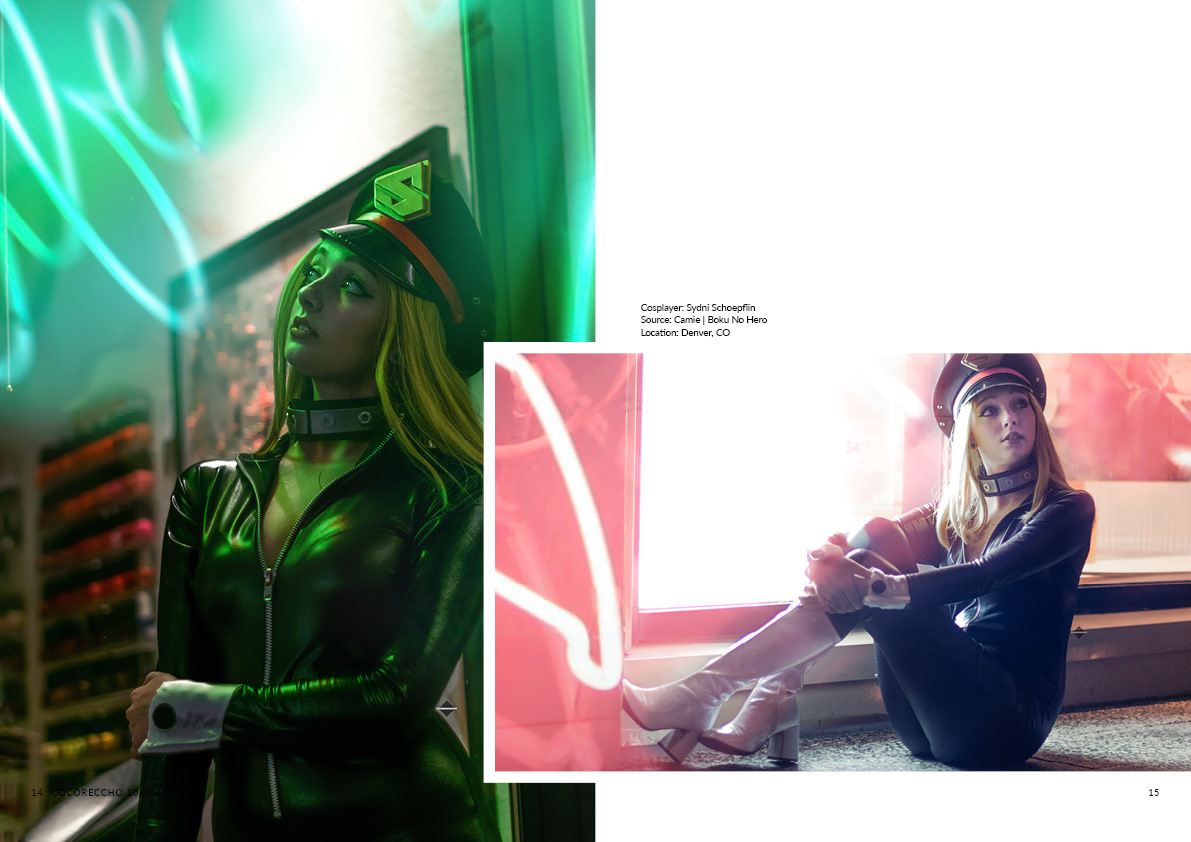 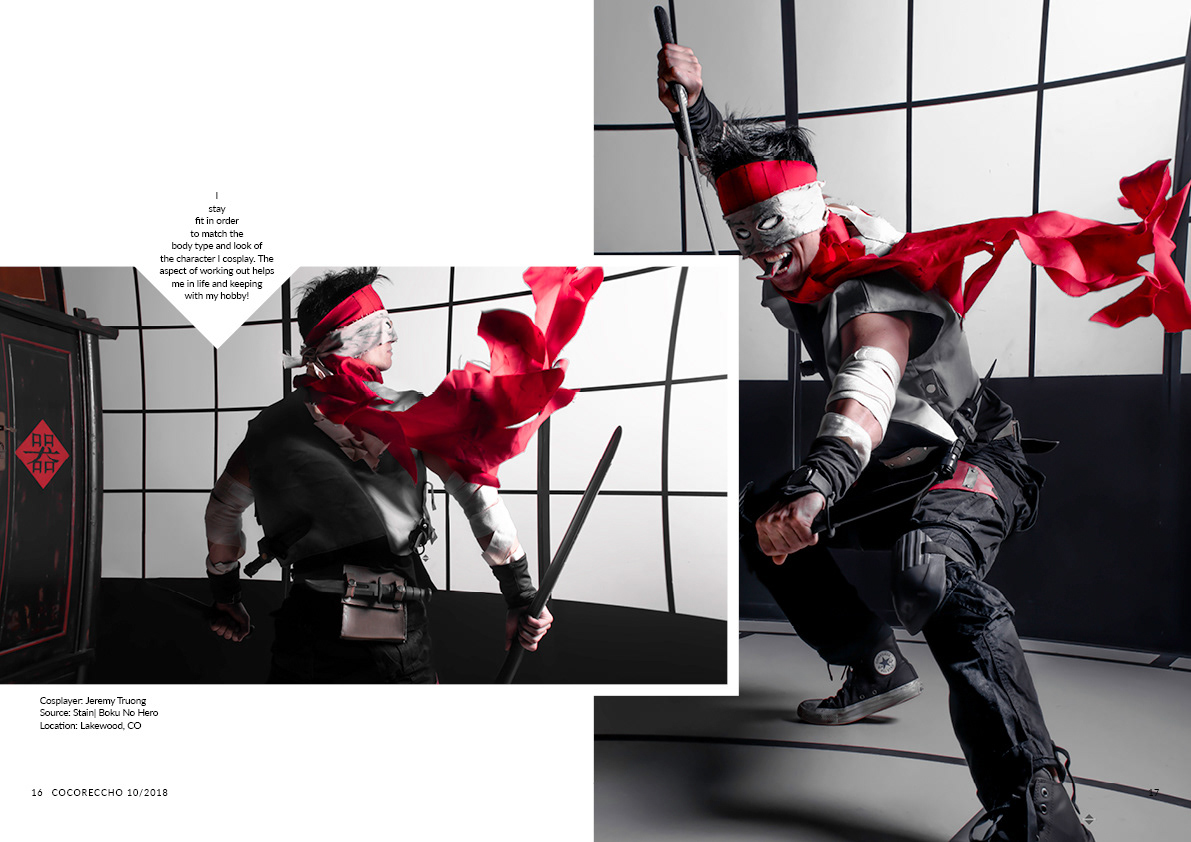 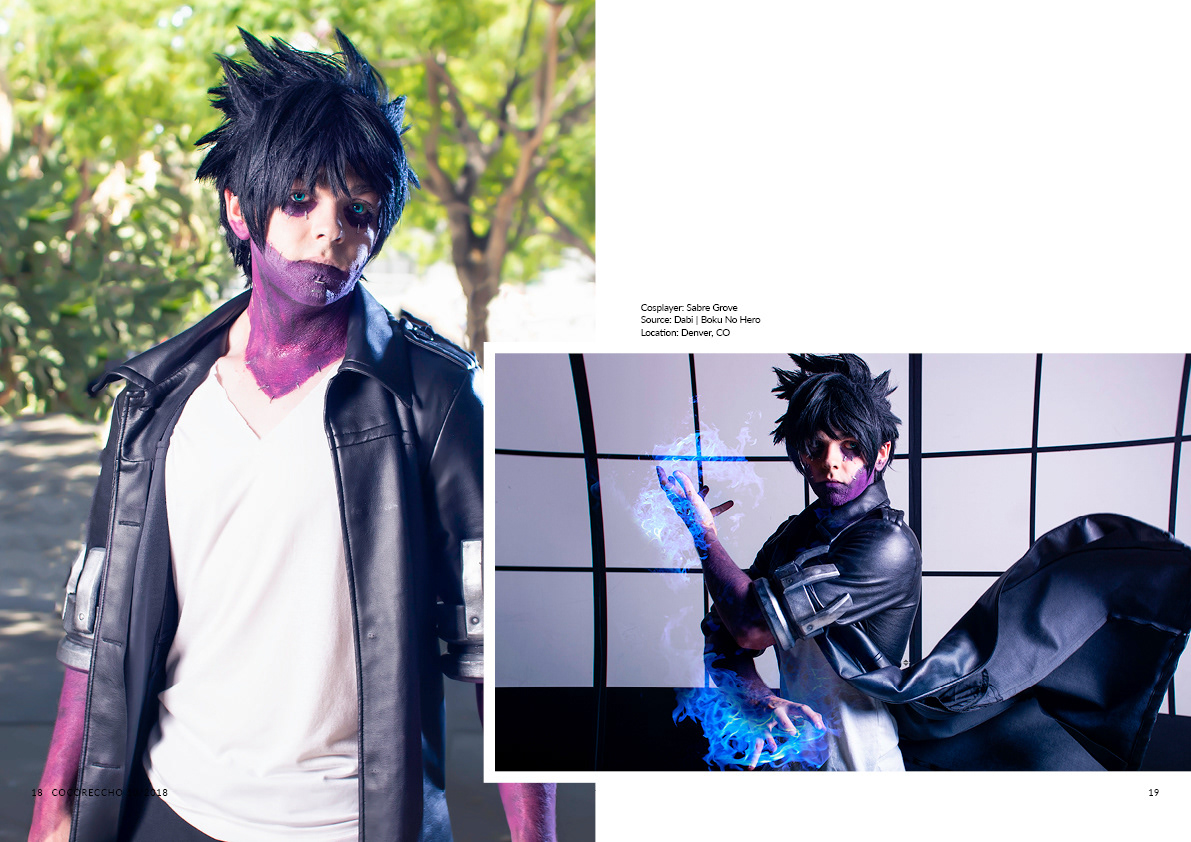 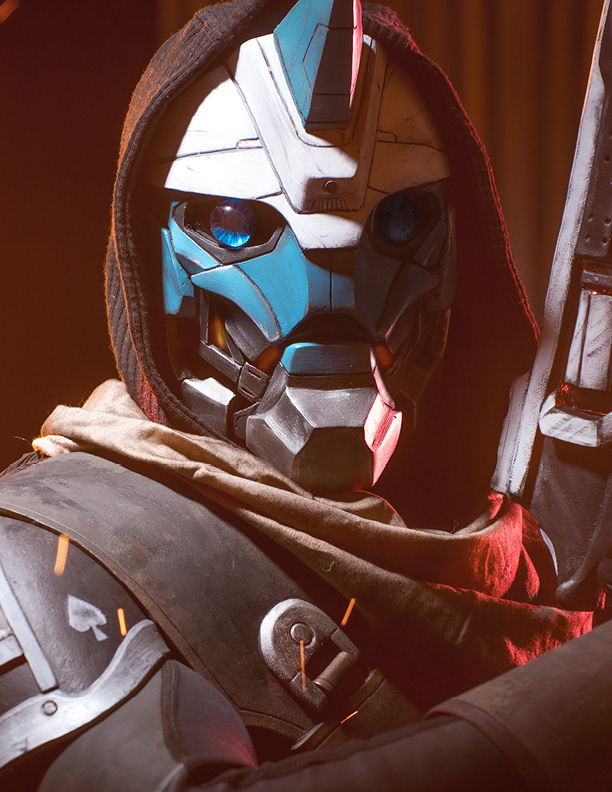